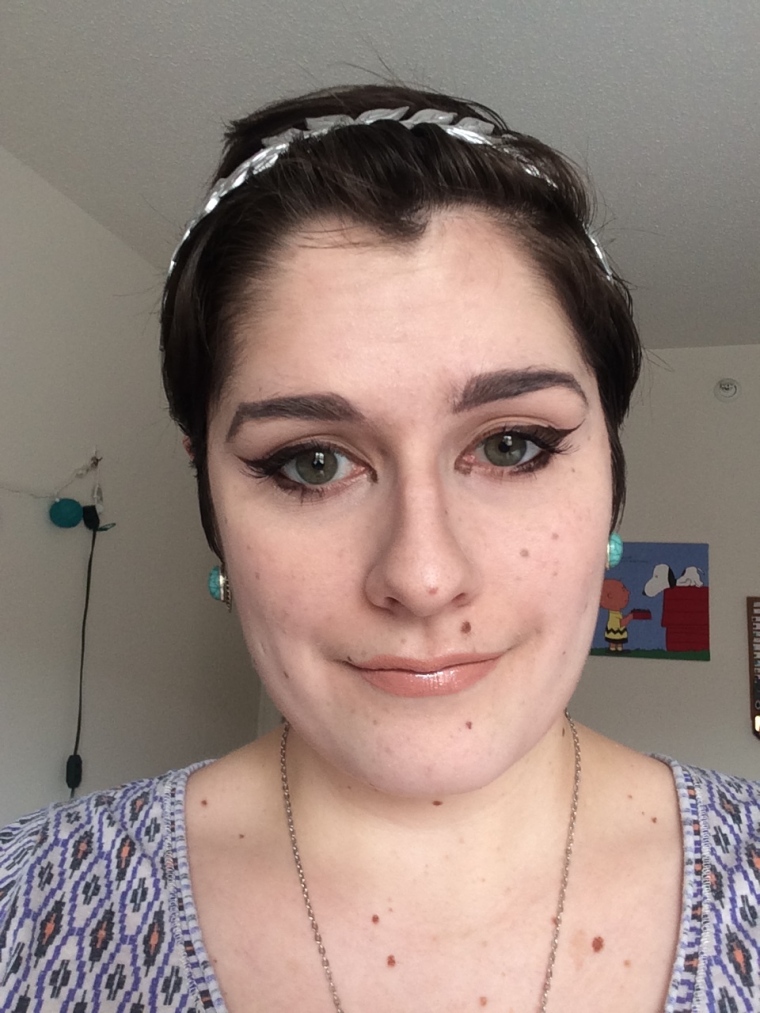 Hey everyone! It’s time for me to share a tutorial that I so excited about! The Legend of Zelda franchise is one of the most popular series in video game history, and I’m a huge fan. The Legend of Zelda Twilight Princess is one of my favorite games in the series, and it’s being released again in HD this Friday! In anticipation of the many hours I’m going to devote to this game, I decided to do a little tutorial of the titular princess herself, Zelda. Read on for the tutorial!

I used a couple of reference pictures for this look from the game. I think Twilight Princess Zelda is as much of a babe as her Link counterpart, so I was excited to imitate her features! She has a very angular face, so I decided that liquid eyeliner was going to be the main component to this look. 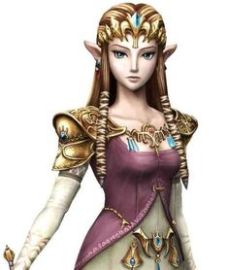 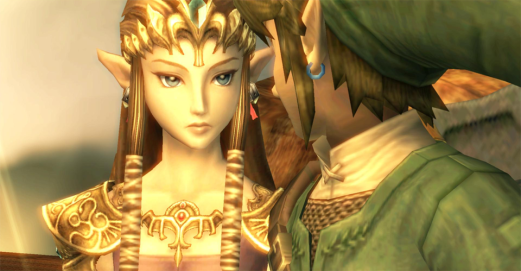 I started by pulling my hair back with this pretty leaf crown. I think it’s the closest comparison I have to an elf crown in my accessories. I also wanted really good coverage because video game characters have flawless complexions (not fair Zelda!). I used a new product that I love so far, the IT Cosmetics CC Cream. I also concealed a bit of redness and primed my lids. 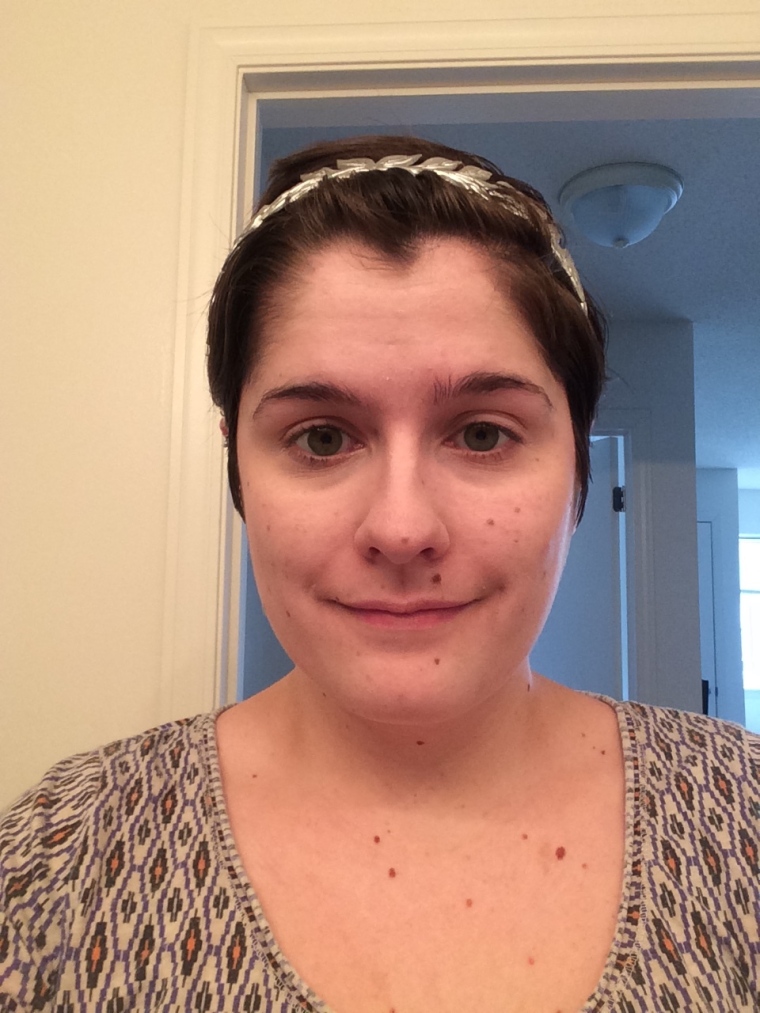 Next up was the brows. I used concealer to mute my natural brow color a bit, but since they are so dark, it isn’t easy to make them thinner like Zelda’s. Instead, I used a pencil to make the brows very angular and horizontal. This is more of a Zelda adaptation anyway. You can see how different my done brows look in the first picture! 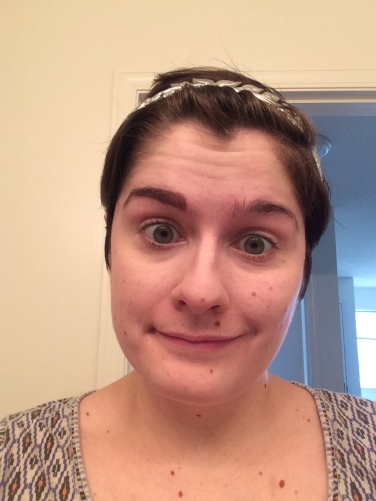 Next, I applied tape to the corners of my eyes to help out with the intense wing. I used my Clio Kill Brown liquid eyeliner to create a dramatic wing. I extended the wing all the way to the end of my brows like in Zelda’s picture. I also drew a straight line from the end of the wing to the middle of my eyelid, to create a more angular look. 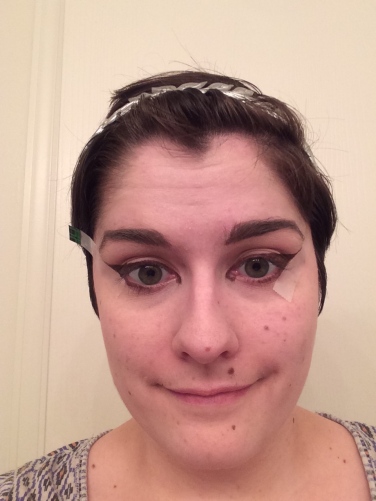 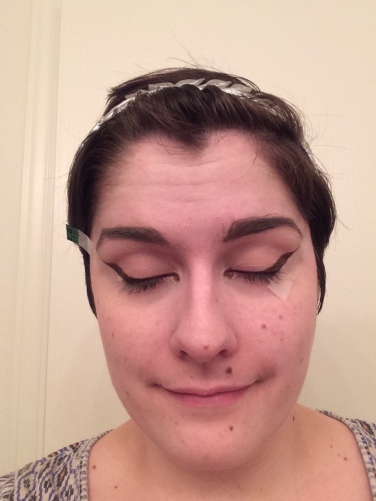 Zelda has liner under her eyes too, so I drew a line down from the wing and another straight across to create more angles. Finally, I drew a short line on my inner corners to create the illusion of length. At this point it was finally safe to take off the tape! 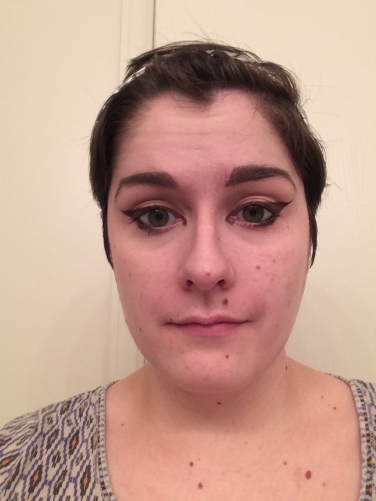 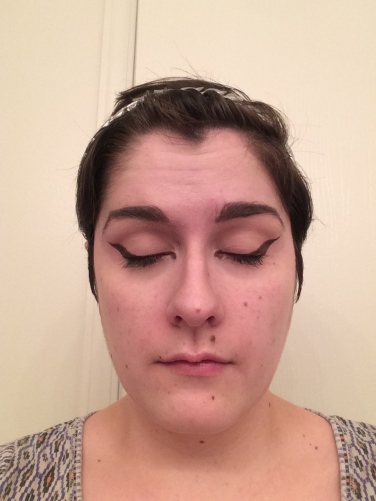 I did a bit of light contouring to create Zelda’s tapered face shape. I added lines to my nose and jaw to make my face look sharper. I also layered on a bit of mascara for good measure. The final step was adding falsies to the outer corners. I chose to do this to lengthen my eyes just a bit more like Zelda’s, but it isn’t necessary. 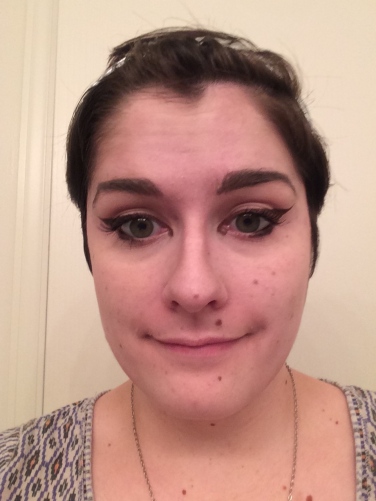 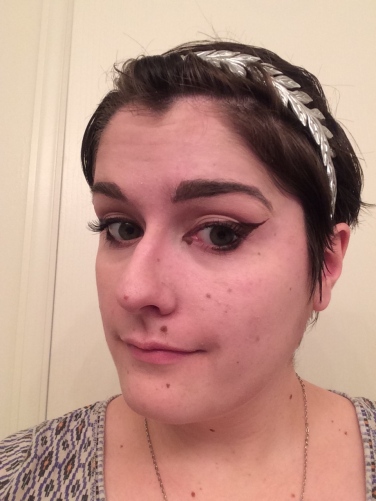 The final step I used to match the picture was a nude lipstick. Zelda’s lips are very muted, and I wanted that effect. I used my Ofra liquid lipstick in Sao Paulo and a bit of gloss to add shine to the middle of the lips. I didn’t think blush was necessary for this look because Zelda is pale with almost no color to her face. For accessories, I used big turquoise earrings like Zelda’s prominent ones and my Triforce of Wisdom necklace, given to me by my best friend Cara!

This tutorial was one of the most fun ones I’ve ever done! As a super nerd, it’s fun to channel characters that you love and get ready for big game releases! Let me know if you enjoy character tutorials and I’ll make more. I hope this tutorial was as fun for you as it was for me. Maybe it can help you with your Zelda cosplays in the future! See you in Hyrule next weekend! 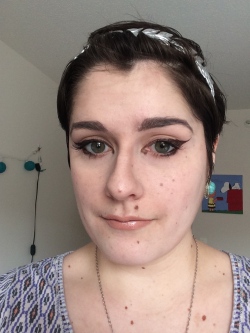 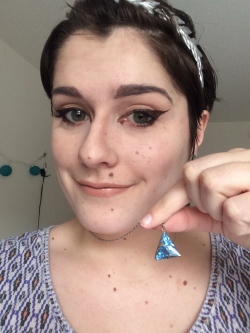 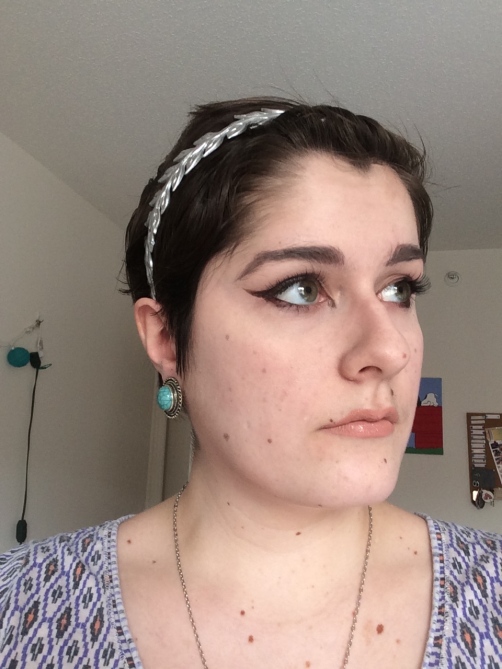